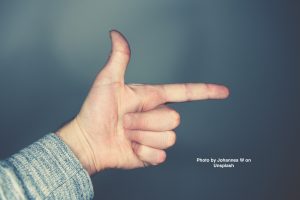 Around the beginning of this year, I was rather startled but not too surprised about animosities flaring up in the Middle-East. It sounded so much like “more of the same.” Same region, same stories going on and on. Same stage, just different characters, different actors. First, on January 3 at 1 am local time, the Iranian Major General Qassem Soleimani gets assassinated along with about half a dozen other military personnel by means of an American drone attack. In masses, Iranians took to the streets to mourn his loss and to cry out revenge against America during the funeral. Some were shouting “Death to America!” Fingers get pointed… Five days later the Iranian military responded by launching ballistic missiles at a U.S. military base in Iraq. Again fingers get pointed… Then this is suddenly followed up with news about an “accidental” airplane crash of a Ukrainian Airlines Boeing just after take-off from Teheran airport, in Iran, on its way to Kiev in Ukraine. All passengers aboard die, including 13 people from the Iranian community in Edmonton. We know from the news how the Iranian community here Edmonton was devastated. Once more fingers are pointed… It turns out that this plane crash was not accidental and that a missile was used to shoot it down.

What do we see happening here? It’s needless and virtually impossible to take sides. It just becomes apparent that there were Iranians who were very relieved that the Major General was finally taken out. We see villains and heroes, and tables being turned, lots of confusion. People point fingers in various directions, they insinuate and they blame.

So much of what’s going on locally in North America gets ignored. It’s so convenient to have scapegoats and to forget about the woes in our own backyard.

How much do we like pointing fingers at others? “That fellow is the cause of all this nonsense,” we say. “No, it’s this woman who instigated it.” It’s so convenient to point at others.

How easily does this type of thing happen on a micro-level? When I say a prayer before going to bed, I catch myself wondering whether there is something to confess as sin in my life. My mind goes, “not much to think of.” But it is so easy to overlook what I’ve done that may be sinful. Do you get what I’m saying? I am catching myself not pointing at myself at all. Why do I do that? How come I fail to point at myself just a little bit? I drive in traffic, and then someone cuts me off and I get angry, thinking “sheesh, what a reckless driver”, and then when I do exactly the same, I would rather just think, “oops, that was a mistake”. I can’t justify why I have that tendency. But what I do know is that this is an all too human way of going about things. Not so commendable at all.

When we read the passage from Matthew, Jesus speaks to his audience and points out so many sins. What is going on? Were the people pointing fingers far away and hesitant to look at themselves?

In our Scripture we read about Jesus saying, “You have heard that it was said to those of ancient times, ‘You shall not murder’; and ‘whoever murders shall be liable to judgment.’ But I say to you that if you are angry with a brother or sister, you will be liable to judgment.” It’s so easy to put on a holy face and look at murderers as the real perpetrators. But our own angriness could make us just as liable. See what Jesus is doing here? He is emphasizing that we needn’t point fingers too quickly at the real brazen murderers, because when we come to think of it, our own anger at someone else in our community could be everything but life-giving.

How be it that we look closer and see the things we do in a different light? I wouldn’t want to be found looking at the wrongdoings of others and ignoring the things I’m doing that are just as bad. I think, if I pray before my head hits the pillow, I could indeed find lots to confess before the Lord. I don’t see a lot of innocence.

So often in society, there is an unwritten assumption that it is the duty of women to shield their bodies so as to avoid tempting men. Here, Jesus teaches that it is the call of those who gaze, not those upon whom one gazes, to discipline one’s mind and desires. [i]) Coming to think of it, where do the fingers get pointed to when it gets to this matter?

When I give an objectifying gaze it is an obstacle to authentic community precisely because such a gaze treats the other not as a child of God, a bearer of God’s image, but as a mere object.

Now, if we separate Jesus’ sermon from Jesus himself, we end up in big trouble. [ii]) You see, these prescriptions for behaviour are to be seen as closely tied to our understanding of Jesus as the Son of God. Specifically, Jesus is not just giving a new way of living that is impossible. Instead, Jesus is creating the new community of those who live as if Jesus is Lord. In a word: the Church. So, we begin to see that these ways of living that Jesus describes as more about the community than individual persons. I’d bet that everyone here, upon hearing these laws laid out, may indeed have felt hopeless, guilty, and perhaps a little resentful, asking, “Who can live that way?” We would be right, no one can live by these standards on their own. That’s actually the whole point. [iii]) These prescriptions for living are meant to take away our confidence in our own individual goodness and instead rely on God and each other more and more. In the end, we can easily quit pointing fingers, because it’s not about that. It’s about realizing that we are all in this together. It doesn’t help pointing out who did what, also in our world events.

Eventually, we begin to see this part of Jesus’ Sermon on the Mount as the beginning of constituting a community, and it’s a community that no longer trusts in its own righteousness. All of us are allowed to drop our hand and cease blaming the other, pointing fingers. This is where the Church and Alcoholics Anonymous share something in common: members of both gather for the expressed purpose of recognizing that they do not have power over their own righteousness. Instead, we need God and we need each other.

Jesus tells his audience and us all as total humanity to stop looking elsewhere for others’ wrongdoings. Indeed, finger-pointing will never help, whether it is in world events or in my own life. There are enough things wrong and we are just not able to skip sin and think we are just fine.

We are all in need of a Saviour, Jesus Christ who hung on a cross, who brought reconciliation to us with God. We can be at peace with God because God looks favourably at us with loving eyes.

[i] Eric Baretto in a Commentary on Matthew 5:21-37 on http://www.workingpreacher.org/preaching.aspx?commentary_id=4371

[ii] Josh Bowron, in a sermon, “All Sinners” on https://episcopalchurch.org/library/sermon/all-sinners-epiphany-6-february-16-2020

Use back button to return to main page.

play music while you browse.
Top